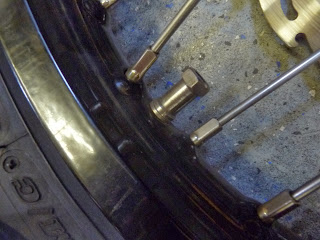 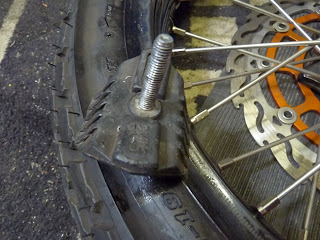 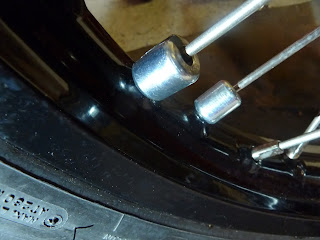 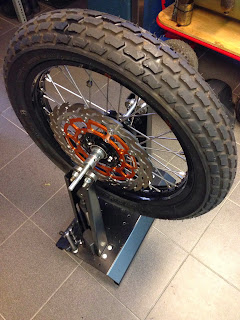 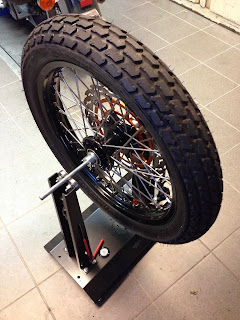 I feel so stupid: The Flattracker was shaking like hell, when going faster than 60 mls/hour the frontend was vibrating and it was hard to hold the handlebars straight. I went to BaMo Tech and found out it was the 110gr Tireblock that caused the problem....I used a rear KTM MX rim in the front so I also used the Tireblock. Stupid, Stupid, Stupid but now everything is fixed and well balanced by BaMo Tech. (report on BaMo Tech soon).
Posted by Hoodlum Society at 3:00 PM 0 comments 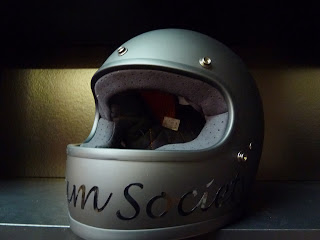 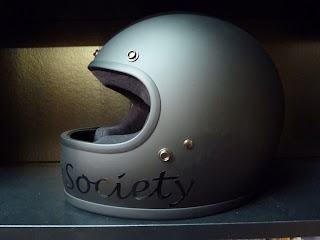 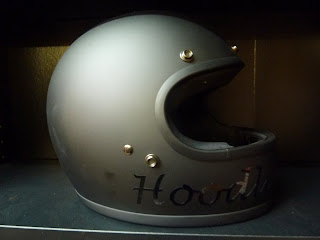 Yes! I brought my first Biltwell GRINGO helmet home from Texas and its awesome! Not in stock yet at Hoodlum Society but it will be soon. Large = 58cm so check your own size and let us know if you want one. Titanium/Off White/Orange/Gloss Black or Matt Black are the 5 colors, sizes are XS/S/M/L/XL check www.biltwellinc.com for colors/models/sizes. Our price will Euro 149,95. 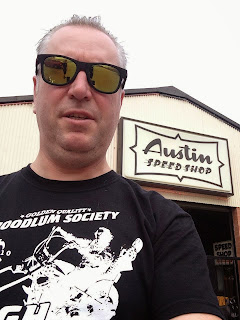 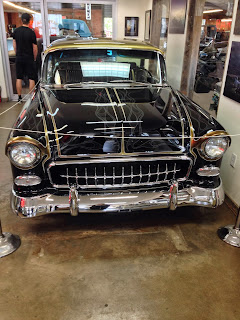 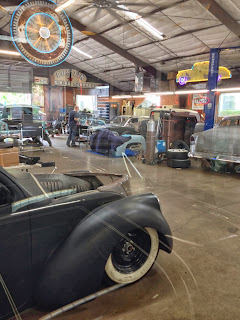 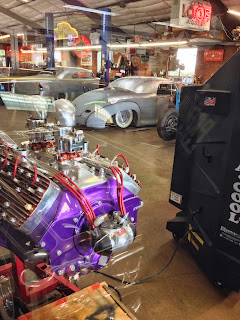 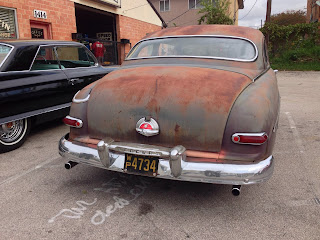 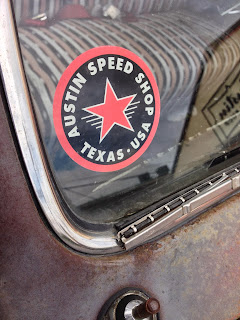 Workshop Wednesday was a good one last week, we visited Austin Speed Shop in Austin Texas. Formerly owned by Jesse James but he sold his share again and its time again to build some nice cars. They started in 1949 so they can survive without mister J. Lots of projects going on, some were waiting in the yard and about 10 cars in the shop. It takes a lot of skills build a car so projects are not finished in a couple of weeks. It was nice to see the Austin Speed Shop, nice people and good stuff.
Posted by Hoodlum Society at 11:38 PM 0 comments 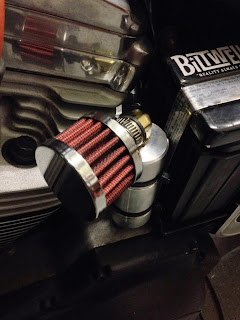 Air breather is working but the ugly yellow filter had to go. Found hundreds on Ebay in Singapore/Honduras/China etc, all for a couple of dollars but then I found out they had two dealers only 3 miles from the workshop and bought this red one. Not really what I wanted but better than yellow. Then Pieter from Twin Air filters showed up and will hook me up with a custom made air breather with GP housing in orange, and also some new filter stuff for the airfilter. Its good to have patient and friends.
Posted by Hoodlum Society at 12:00 PM 0 comments 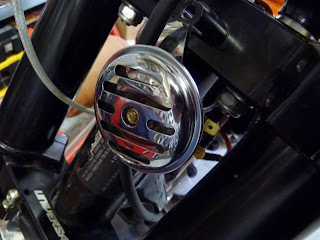 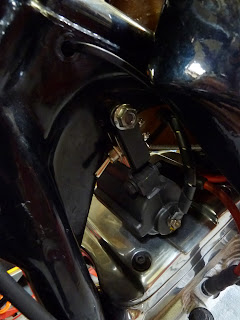 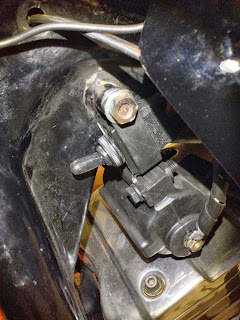 Planning is everything, have been thinking for months where to put the horn and light switch on the Flattracker and finally found the right spots. Horn behind the number plate and the light switch behind the ignition coil holder. Worked on the wiring but no time to finish it today. Next week I will be in Austin Texas for Texas Toast so have plenty of things to do right now. I will bring a BILTWELL GRINGO FULL FACE Helmet home to check everything out before placing an order for a massive GRINGO order in November. Let me know if you need a DOT Gringo Full face for Christmas. UPDATE: Light switch is working, Horn is working but looking for a way to hide the switch. 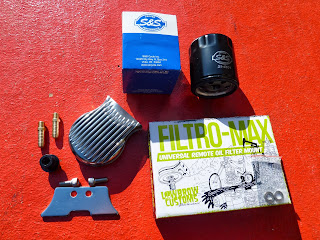 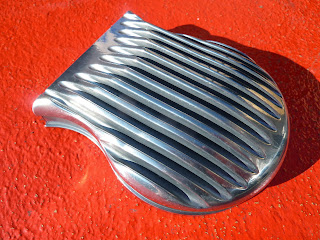 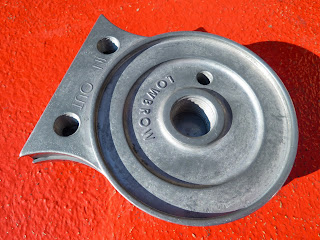 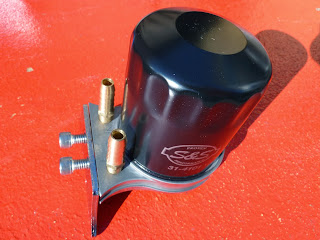 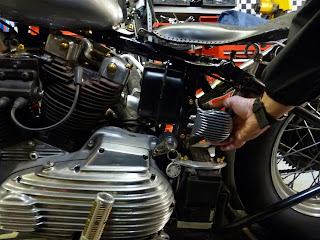 We got a nice Oilfilter house from Lowbrow in the mail last week. The '67 Ironhead doesn't even have an oilfilter so its time to fix one and keep that oil clean. The Lowbrow kit is awesome, I ordered an S&S filter with the kit and will work on a bracket to fit on the bike. I think it will look cool with the ribbed primary cover so that will be the place where it will be. First some thinking before messing everything up. The heads needs to be repaired and might need to do the cylinders too so it won't be a fast project. Check the stuff on the Lowbrow site, they have some neat stuff for you in Ohio.
Posted by Hoodlum Society at 9:44 PM 0 comments 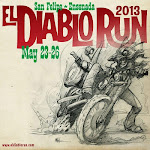 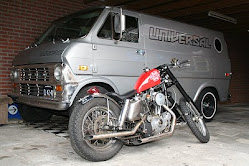